Let me start by saying I am just writing for my own clarification. This is not advice. I'm not qualified really to handle my own investments, never mind advice anyone else. For clarity, get your advice from a professional.  This is just me noodling.

The foundation of investment strategy is diversification both within and between asset classes. It's not finding hot investments, that's gambling. Investing for non-professionals is best done (per Swanson and tons of other smart investment advisors) by picking the right diversification strategy and then some low cost well run index funds (Swanson swears by non-profit investment mutual funds but he wrote prior to the super low cost index funds)

Simple: for people with some wealth. Let's say $100,000 to $1,000,000.  The truism for these people is to balance equity and debt. If you are younger and saving long term, tilt heavily towards equities. Maybe 80%. Maybe more.  Inside the equity pool, focus on index funds.  Get a selection of obvious ones perhaps mostly the US equity market (S&P500, perhaps VOO) and a smaller percentage in global developed (EAFE: non-North America public equities) or emerging (don't have an example).  The S&P index fund probably has all the diversification you could need. If you'd like you can subdivide the sectors; Example, you can distinguish between growth investing and value investing (what index vs what index) but I'm not sure there are great index funds that make creating this distinction worthwhile. For debt, it's tricky in the modern world since T bills pay basically nothing.  And while everyone agrees that in the future, there will be an interest rate, the problem with holding T bills now is that as the interest rate reinstates itself, the value of existing T bills will shrink. So, is there any value at this point in holding debt? Why not simply a money market fund?

Complicated. People with more wealth and who want to generate enough cash to live on. Retirees. $1 - $5M in total portfolio savings including IRAs and 401Ks. This is a huge group. Boomers largely watched fixed income retirement plans disappear (in the 70s-2000) to be replaced with 401Ks and IRAs so retirement became largely self financed, not counting social security which helps but for professionals with a certain life-style, it's not nearly enough.. This means that there are tons of couples who have millions in retirement savings and are trying to figure out if they can live on that. Many would like to live off the income from these savings so that they can pass it on to their children. For these people, how should they be invested. How should these people think about diversification?

Wealthy People. A third category would be people who have enough wealth (over $5M right up to 10x that) so they can invest in some number of totally illiquid investments with a longer term perspective with higher risk/return ratios.  How should they think about diversification across asset classes on criteria such as:

Related points for these people are tax and estate planning.
There are some pretty good articles that I can find on the first category, a few on the second, but I can't find a single good article on this third category in terms of diversification strategy.

For many years, I invested almost nothing in PR. Then, at one point about five years ago (maybe around 2015), I thought about using PR to simplify our hiring. After that, with the pandemic, homeschooling became big news.

Local PR for Local Hiring - This worked pretty well. I made a point of speaking at the local business groups where the marketing and engineering types that we were interested in would see our name. I also personally did some PR and even local advertising to support this. We took some billboards and put some ads on NPR (our local affiliate is WLRN).  I spoke at some business promotion groups locally giving a speech up at FAU (organized by the Ten Golden Rules guy), a talk at Citrix organized by <what's the name of htat group?>, and so on (I never spoke at SFIMA nor at ??? the directo marketing group) etc etc. I got stories in local blogs, newsletters, Ft Lauderdale Biz News,  and Ft Lauderdale Sun Sentinel.  Plus tons of social media..

Pandemic Time: Homeschooling is Big News: By April 2020, we had decided that we could contribute to the national discussions and hired a PR firm. We hired and I started doing press. Generally, I pushed for focusing on using moms local to the news story which everyone agreed with as more engaging and convincing.  I tried to remain in reserve to use when they wanted a business talking head. Generally, the campaign seemed successful with three big caveats.

The Comfort Zone and Learning

I'm reading a book called License to Learn by Anna Switzer.  It's a great interesting book that blends personal experience with academic thinking and the learning sciences with some psychology. Pretty ambitious, illuminating, and engaging.

To be honest, the first chapters annoyed me at their simplicity and the way that illustrative graphics were being used.  My complaints:

- the image of a comfort zone surrounded by a discomfort zone and then a panic zone seemed overly simplistic (I'm using different terms that were probably used in the book).
- I imagined that rather than a series of concentric circles, the concepts behind comfort zones should be shown on the initial graphic such as an X axis that maps high to low familiarity with the situation. And perhaps a Y axis that goes from no expectations to high performance, or significance or something. In this map, the lower left quadrant would be the high comfort zone.

BUT, as I got to the next chapters (and they are short several page chapters), the analysis and imagery grew more sophisticated and addressed many of the issues that I was having with the opening.  As an editorial suggestion, I would have liked a note early on that this model will become more sophisticated in the upcoming chapters.

Overall, I like the book. Even if I tend to think about graphics being more analytical and illustrative of underlying dynamics.

I tend to think of these sorts of questions in light of some of the work that I do. For instance, in math education, a huge fork in the road starts with the math facts. Some kids really dig in and memorize the math facts effectively. They become fluent and proficient. This gives them enormous confidence as they go forward with math.  Many other kids do not become fluent which leads them to often have trouble following the conversation around math.

Look, we have three cars each with four wheels. These wheels each cost $200.  How much would it cost to buy new wheels? So, three cars times four wheels par car means that we have 12 wheels. The 12 wheels would cost twenty four hundred dollars.

For kids fluent with math facts, this is pretty easy to follow. The kids lacking proficiency were unable to follow where the 12 wheels came from. These kids are the ones who put their head down on the desk in frustration and tune out.

Of course, there are many reasons that kids do or don't become fluent. And of course, Mazlo before Lazlo is a powerful vision of what is realistic in planning a better educational system. YET, the data around the approach of Reflex Math defies that logic in that kids from every social economic strata seem to advance through the game-based learning program towards fluency at the same pace. Somehow, the engaging games and the part of the brain used for math resists the usual logic that kids' performance will generally correlate with socio economic strata. This is of course a very peculiar type of learning which could, perhaps be less affected by ACE type trauma?

For homeschoolers or study at home, Reflex is available as Time4MathFacts, with games to learn the multiplication times tables and the addition / subtraction math facts too.

The best teachers know how to solicit engagement from students.  It's not the dumb obvious way. Here's a few tricks which I lifted from an article by Mineralla on Medium.  Thanks!:

When I showed a quiet kid a picture of an elephant and asked “what is this?” they got bored, moved on, cried, anything but answer my question. But if I said, “this is a giraffe” they would all stand up and scream “no, that’s an elephant!” — and suddenly they’re all engaged.

By being ignorant about a topic they are knowledgeable in, it gives them some authority in the conversation and that builds up their confidence.

It works surprisingly well on adults too.

If I ask a stubborn adult, “tell me about your Engineering job” they will typically respond with, “I design systems”. And then I have to ask an endless stream of follow-up questions with one-sentence answers — which no one likes doing.

Now, if I say something inaccurate along the lines of, “so, you’re an engineer. That means you build engines, right?” They can’t correct my ignorance fast enough. They’ll go into detail explaining what an engineer is, what it isn’t, and what kind of engineers there are. All I have to do is chime in with “are you sure?” every few minutes and they’re talking up a storm for the rest of the conversation.

I'm thinking about this as we work on our elementary student-facing curriculum for science and social studies.  Point: bore the kids by being a predictable authority, it might not work. Engage them with clever questions that give them some opportunity to show what they think and what they know, we might get them engaged!!! 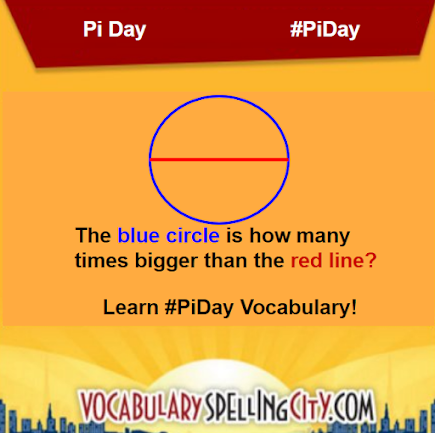 Wonderopolis - Wonder of the day

January 6th, 2021 is a day that will live in infamy.  The lying, reprehensible, and dangerous behaviors of the last years were laid bare before America and the rest of the world.  Americans should and do feel ashamed.  And scared.

Before I review some of the others, I'd like to also point out that in some ways,  January 6th, 2021 was a great day for the American democracy. Again, we completed fiercely contested high stakes elections. The results of the two Senate races in Georgia were announced and one of the losers followed the  proud American tradition of conceding his race and congratulating the victor.  A newly elected Senate and House of Representatives took their seats of responsibility and started working.  The national election results were, despite astonishing drama and obstacles, ratified.  The Congress overall rose to the challenges and occasion and acted promptly, with determination, and with their eye on the big picture All of this, like every time the awesome American democracy works, brought tears of pride and awe to my eyes.

The stains and horrors of the day were very real and open up many many questions.