I'm pleased to report that the 2008 Ft Lauderdale Time4Learning holiday party celebration was, just like 2008 for Time4Learning, a great success.  Key staff all attended and a good time was had by all.

This is the fifth holiday party for the Vkidz company. The first two were very low key events at John's Pompano Beach house. The first one included some  advisers to a business that was not yet formed. The attendees of the second one at John's Pompano home only included a few staff and contractors including Kenny Brooke and Jennifer Eaton.  The next two parties were held at the Sea Watch Restaurant on AIA between Pompano Beach and Ft Lauderdale.   This was the fifth one and was held at the Coral Ridge home of John and Carmen. The idea is to rotate venues every two years so there should be another party at the home next year! 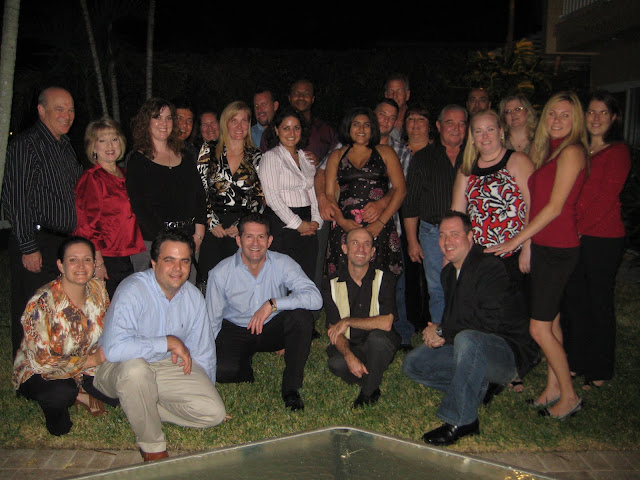